9 daily steps to bring good karma to the world

I Love Riding the Bus 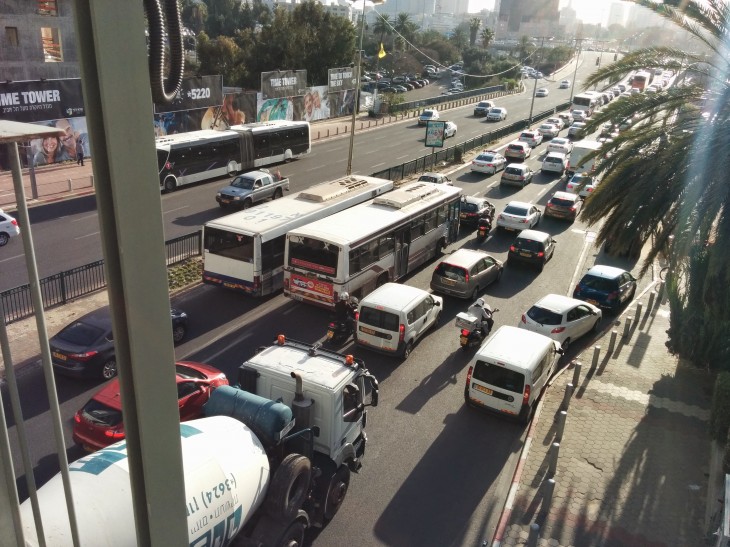 If you never ride the bus, I recommend that you do so occasionally. Sometimes it can be uncomfortable, but overall it’s a healthy experience. We live in a self-centered culture, and riding the bus is an opportunity for your reality to collide with the reality of a stranger.

When you’re driving your own car, you’re stuck in your own cube, in your own reality, in your own story. Maybe you are talking on the phone to someone you know; maybe you are lost in thoughts about your problems and lose perspective. I fear losing perspective. Because I know it happens easily to people. It happens to the most “successful” people – wealthy people who supposedly “have it all,” end up living in isolated mansions, shielded from the world by servants, drivers, and security guards. Until one day they lose touch with the world out there and sink into heavy depression.

So what can happen to you when you ride the bus?

A stranger gave me his baby

Last week a stranger handed me his baby. It was an awesome baby, and if you know me you know that I am really picky and don’t fall easily for any baby. In fact, at least 60% of the babies I come across are lame, 20% are okay, and only 20% are awesome.

Anyway this baby was one of the awesome 20%. As she noticed me, a huge smile came upon her face and she started jumping around to show her dad that she wanted me to hold her. Her dad smiled and handed me the baby. “Do you mind?” He asked. Of course I didn’t mind! How often do you get free love like this? Someone showing you love on the bus without wanting sex, connections, or money from you. Amazing.

I held her until it was my time to get off the bus. All the time she kept smiling, playing with my hair and my hat, and speaking to me in that baby language I forgot how to speak. 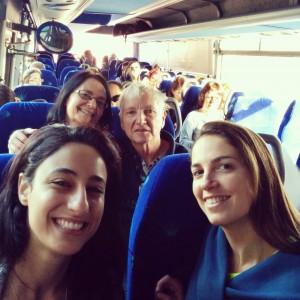 Then there was the day when two people on the bus were singing/talking to themselves. One guy at the rear of the bus was wearing headphones and singing to himself; a well-dressed woman got on the bus speaking random sentences in English, Italian and Hebrew, all with an Israeli accent.

At some point the bus driver spoke on the microphone: “the guy in the rear with a hat, can you come here for a minute?” The lady who was speaking to herself, started screaming at the bus driver “What is this? Fascism? Nazism?”

The bus driver ignored her and repeated on the microphone “the guy in the rare, can you come here for second?” The self-speaking lady continued with her Fascism speech.

“I don’t know what he wants from me, I’ve been on the bus for three hours relaxing so what does he want from me now?” Since this was line number 5, a city line which makes a trip of about an hour, the bus driver was probably rightly concerned about the passenger not getting off at any of the stops. Perhaps he did have to charge him again…

A man and a woman in their 60s smiled at each other and at me. “They are a little crazy,” the man said. We all are, I thought. But some of us keep it to ourselves and others displayed openly. I wonder who’s crazier.

The guy went to see what the driver wanted from him and came back. As he got back he sat next to the lady that was talking to herself, perhaps about Fascism and perhaps about something else at that point. For a while they were each singing a different song, then he turned to her and asked her if he could invite her for coffee. She didn’t answer his question and just went on singing and talking to herself. The guy turned to me and said “she’s so cute, isn’t she?”