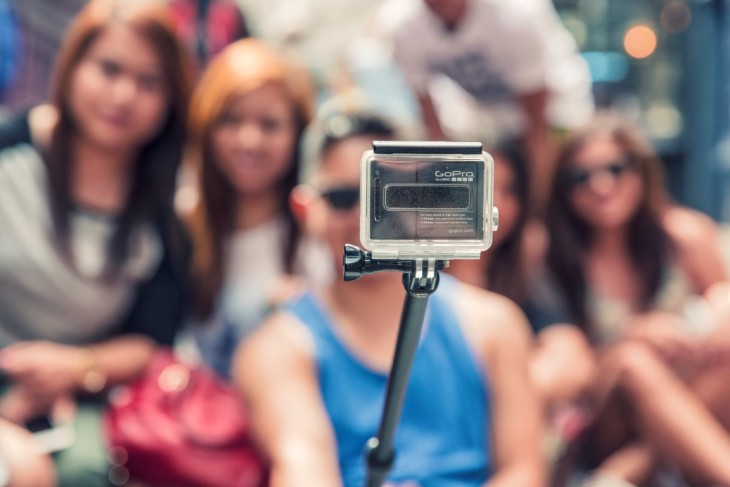 When you look at the newsfeed on Facebook, it’s almost inevitable to feel like a loser. It seems like everybody else has a better life. A perfect life.

It’s easy to forget that the Facebook feed doesn’t represent the world as is.

For every image of someone surrounded by friends in a party, there is someone else who feels as lonely as can be.

For every post about an amazing meal, there are at least four people eating something that’s not so tasty.

For every post by someone who just finished running 10K in an amazing time, there is someone who went out for a run but didn’t finish due to a “side stitch” or cramps.

For every image of an amazing sunset in Thailand, you don’t see the images of those who didn’t have money to fly, or had no one to fly with (and didn’t want to travel by themselves).

For every post about a wedding or engagement, there are at least nine posts that will never be written, by those who had their hearts broken, or those who are in unhappy relationships.

For every picture of family idyll, there are many moments of fighting that don’t go online.

For every post about someone who sold their startup for millions, there are 12 people who are really stressed since they might have to close their companies soon.

For every picture of “fun day at work,” there are seven people who hate their jobs.

For every airport post with “feeling excited” and “flying to”, there are three people experiencing airport depression.

For every gorgeous selfie , that at least 24 bad shots taken at the same occasion.

But as always, maybe I’m wrong.

This post is a disclaimer. If you’re short on time – the headline is enough. On the other hand, I might be wrong. Most likely I am wrong.

Some ideas and opinions I had in the past I no longer have. Some of my beliefs today contradict what I used to believe in the past. Some of my values changed.

People I thought were going to stay friends forever disappeared, and people I had nothing in common with became good friends.

I had angry thoughts that I thought would never go away, but now I can’t even remember what they were.

I used to be a shopping addict, today I’m a minimalist and don’t own much material goods. I left home and lived in places I never imagined I would live in; today I know I want to live right where I am.

And all that can change too.

Maybe in a few years I will read my posts and say, “what was I thinking?” Perhaps I’ll be so embarrassed to see all the nonsense I wrote.

Opinions, judgements and beliefs often distance us from others. Opinions cause wars, murder, isolation. They alienate friends, lovers, and families. But opinions are just opinions. Nothing more. They are not our identity, and we can change them if we like. 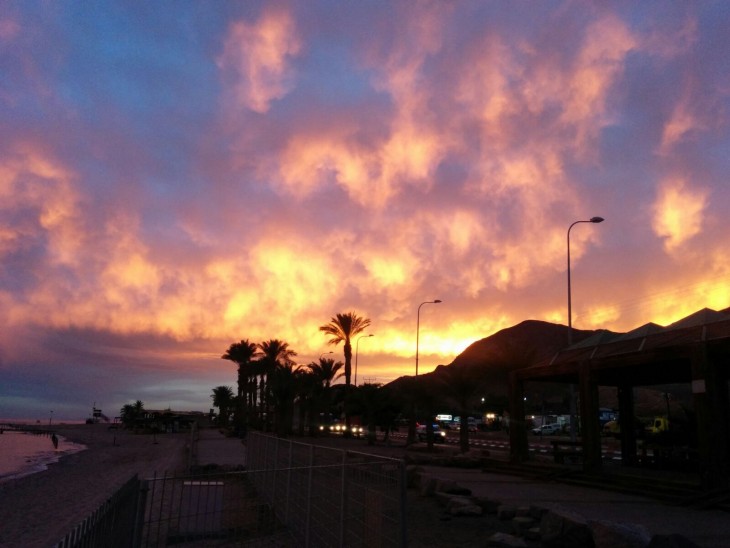 In Eilat , the winter kind of feels like a summer, except there are less tourists, so the atmosphere is really chill.

After a four hour drive from Tel Aviv, I got in the city to see this stunning sunsets: 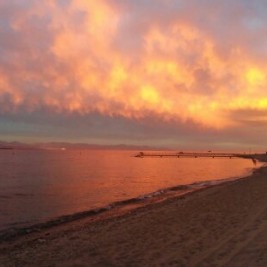 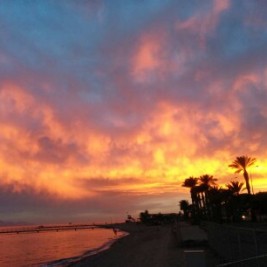 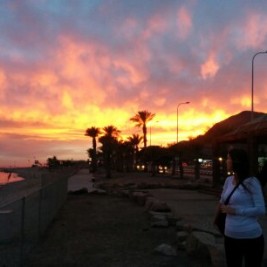 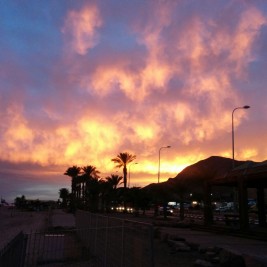 The next morning I woke up and went for a session of freediving. Was a bit tired so it took me an hour to “open up” and get to 12 m – the depth of my previous training, three months earlier. After diving 12 m I was able to add another meter and called it off for the day.

I’m still having a bit of the difficulty equalizing the pressure in my ears when I dive, but I was able to advance a bit using a new technique of keeping my cheeks full of air during the entire dive. I’m also working on improving my fin movement, so I can go deep much faster and don’t waste time fighting the body’s natural tendency to float near the surface. 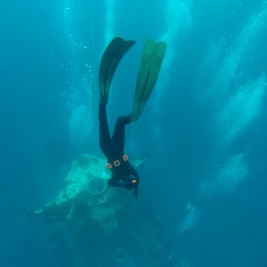 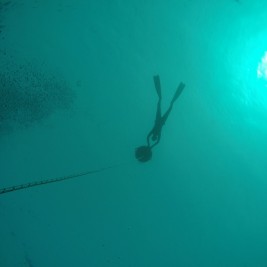 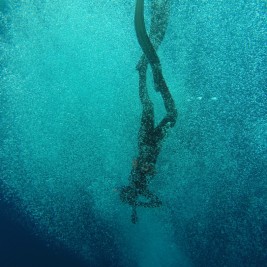 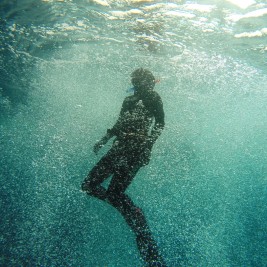 Later that day we met some cool people on the beach.  They used to live in tents in a commune in the Eilat mountains, but a few weeks earlier the municipality told them they had to get out of there, so now they live on the beach. They invited us to join them for a bonfire that night and we did.

It was a small group of interesting people: David, for example, a man in his 50s who used to live in the north, got into debt and lost his house seven years ago. He has been living in his van on the beach for the last seven years. Laura, a backpacker from Australia who knew nothing about Israel before she met Israelis in India, and ended up coming for a visit. She came and fell in love with the country and has been living in a tent in Eilat for the last four months. 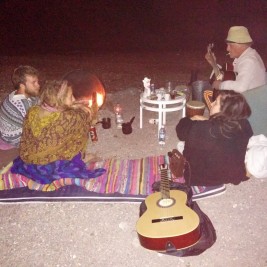 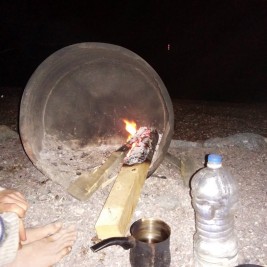 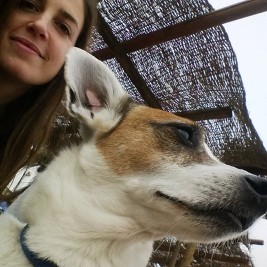 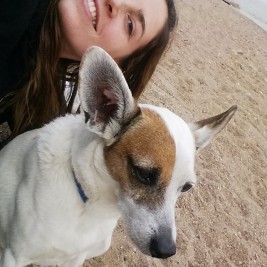 She said that her friends couldn’t grasp how she lived on the beach, where she could see Jordan, Saudi Arabia, and Egypt, and had the most peaceful life. Laura leaves all her belongings in the tent during the day when she is away working at a restaurant, and feels certain that everything is going to be there when she gets back.

I decided that if all else fails, I can always go live in a tent by the beach in Eilat (a.k.a. Plan B).

But then I realized that Plan B was actually way better than plan A. 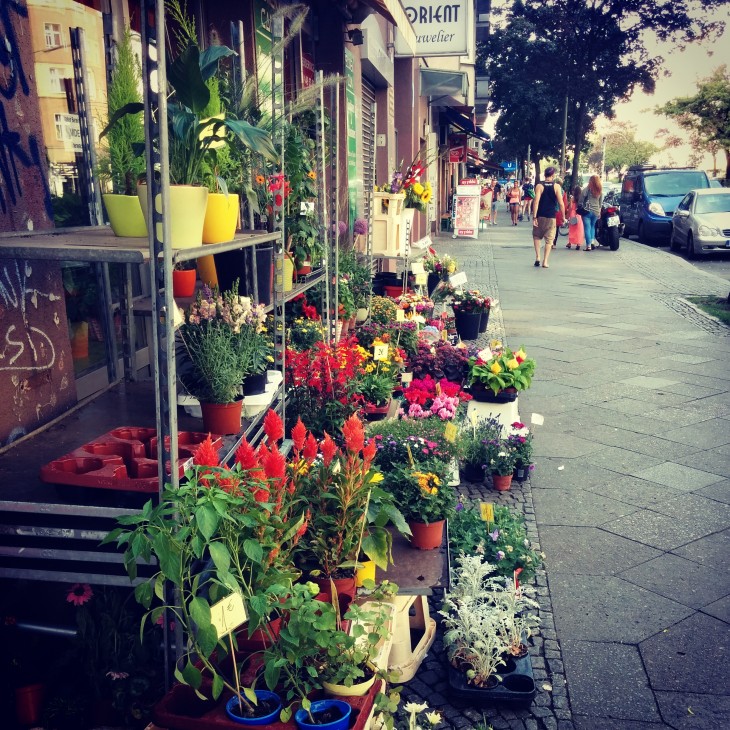 So this weekend I accumulated a pretty big list of things that I want to read. As I was wondering where should I “park” them until I have time to read them, I figured out – why not add them to my blog, so others can enjoy these readings  too!

So here they are, divided by topics:

Turn Your Goals Into If-Then Statements to Account for Roadblocks

Top 10 TED Talks That Could Change Your Life

How to Customize Bootstrap – Resources Collection

How AngularJS communicates with web services?